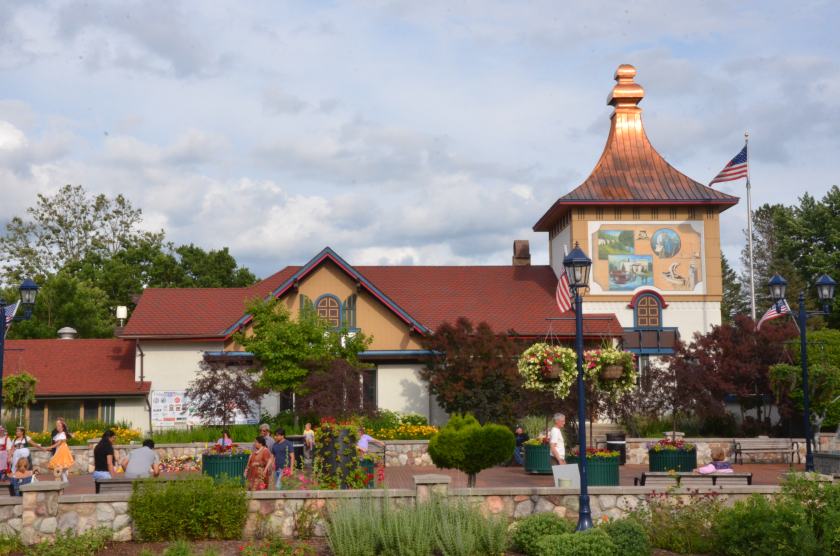 In Frankenmuth, Michigan, they channel their German heritage to great advantage.  The community embraced its roots and architecturally transformed itself to look like a Bavarian village.  This started in the 1950s in a move to increase tourism.  The result today is a town with the look and feel of a theme park, and it’s been successful.  Frankenmuth now has over three million visitors annually. 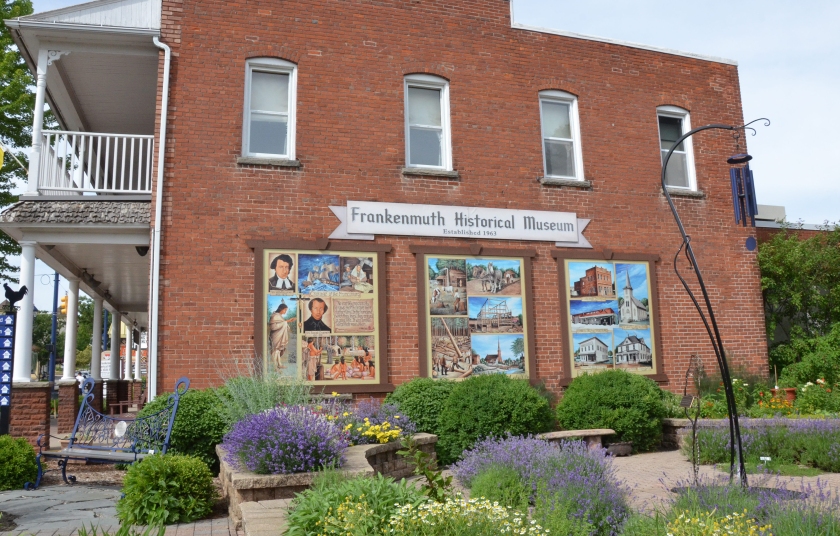 To learn some background about the area, we started our visit at the Frankenmuth Historical Museum.  It’s a small museum, but very nicely done.  We left with a good understanding of the German immigration to Michigan.

The town’s original settlers came from Mittelfranken in the Franconia area of Germany (south-central part of the country).  They arrived in the United States in August 1845, and named their colony Frankenmuth by combining the name of their home region, Franconia, with mut, the German word for courage.  It was to be an exclusively German Lutheran area, loyal to the Mother Country, and speaking the German language

To make a living, many of the immigrants became farmers while others, who were businessmen and craftsmen in Germany, continued on with their same trades in flour, lumber, and woolen mills.  They also produced cheese and sausage, and of course, beer.  Today many of these products still drive the local economy.

Just down the street from the museum is the Bavarian Inn with its shops and restaurants.   There’s a fine bakery in the lower level.

Be sure to catch one of the Glockenspiel shows in the bell tower on the south side of the building.  Four times a day the thirty-five bell Glockenspiel plays German and American music.  That’s followed by a performance of the Pied Piper with wooden figures on a track and stage, like a giant cuckoo clock. 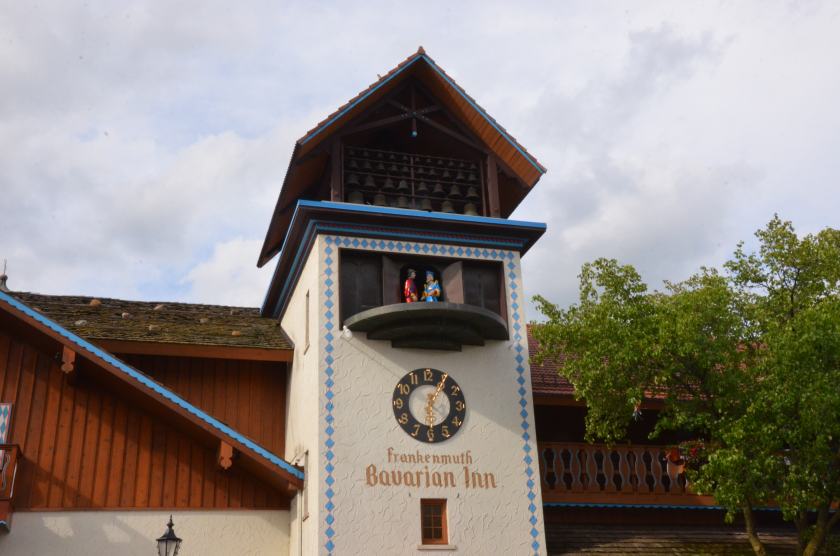 While you’re at the Bavarian Inn, you can eat some hearty German fare at one of their three restaurants. 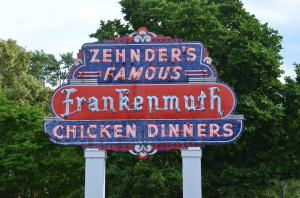 Or across the street is the well-known Zehnder’s of Frankenmuth.  They can seat 1500 people and offer all-you-can-eat family style chicken.

In that neighborhood you’ll also find the Holtz Brucke (“wooden bridge” in German).  It’s a 239-foot covered bridge that spans the Cass River.  As expected, its architecture has a Bavarian twist. It’s relatively new as covered bridges go; the dedication ceremony was held in September 1980.  You can drive or bicycle through or walk across on the pedestrian walkways on either side.

After the fall events, it’s time to think about Christmas.  A popular business in town is Bronner’s Christmas Wonderland.  It’s considered the world’s largest Christmas store, and you know there’s serious square footage when they hand you a map as you walk in.  The building is the size of five and a half football fields.  Over 50,000 items fill the aisles, but ornaments are displayed in categories like santas, snowmen, cats, etc., so it’s actually fairly easy to find something.

St. Lorenz Lutheran Church is another reminder of the German heritage in Frankenmuth.  This beautiful, historic church was constructed in 1880, and has a soaring, 167-foot spire.  Tours are available during the week or attend a Sunday service.  On the second Sunday of each month, a service is offered in the German language.